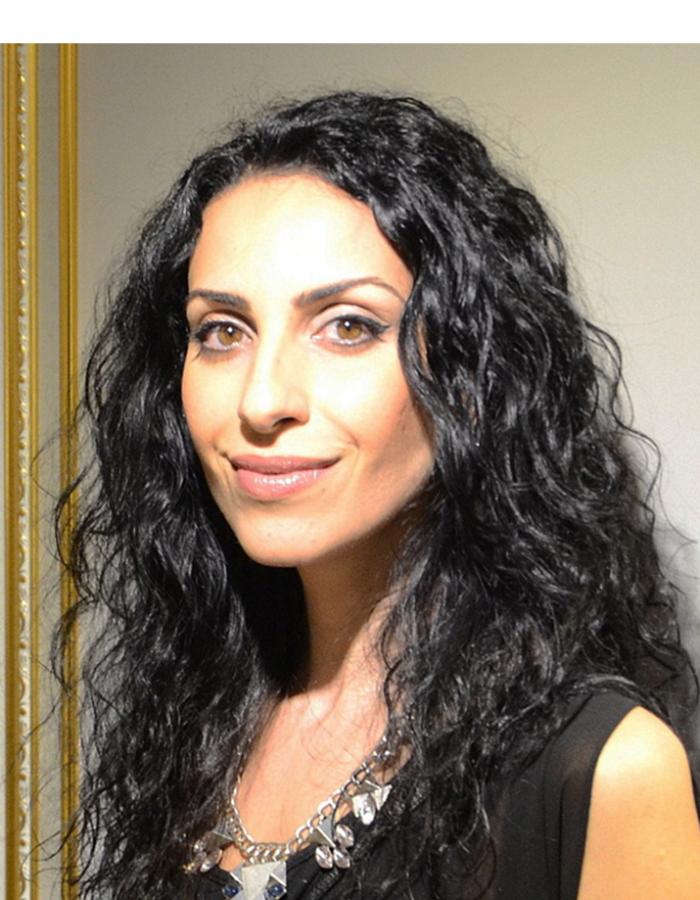 “It was really a wonderful opportunity to come back here and be able to give back to the school community. I owe a lot to ACS for the confidence it built in me."

Lina Ogaily is a British-Iraqi visual artist who has lived in the Middle East and the UK. She studied at Chelsea College of Art and Kingston University after graduating from ACS Hillingdon in 1991. Her first exhibition of art was her IB Art show in the Red Room at the school. Growing up, she was influenced by a broad range of styles, pioneered by both European and Middle Eastern painters including Picasso, Miro, Kandinsky, Jawad Salim and Dia Azzawi.

Ogaily’s design influences are evident in her visual works where linear marks, geometric form and monochromatic colour palettes all interplay to create landscapes of abstract compositions. She focuses on portrait and figurative abstraction delving into the mysterious connotations of what constitutes a human’s psyche within challenging environments.

Although Lina prefers not to give the characters in her artwork an identity, she addresses two key subjects. Primarily, her work focuses on the life stories of women living in Contemporary Middle Eastern Society; as daughters, wives and mothers. Secondary, Lina references her encounters with the humanitarian refugee crisis and illustrates the tragedies faced by her family and friends fleeing terrorised/war-torn countries. Lina reflects that “all these challenges built our character, made us stronger, and pushed us to really strive for what we believed in. It influenced a lot of the artwork from then on. A turning point”.

Since her first exhibition of IB art, Lina has exhibited in a multitude of exceptional and prestigious galleries in the Middle East, UK and Balkan states. Her work exists in many private collections and has been featured and sold at Christie’s Auction House. Last year she came back to ACS Hillingdon and put on a two-day workshop with the students. “It was really a wonderful opportunity to come back here and be able to give back to the school community. I owe a lot to ACS for the confidence it built in me."