Can our global community of post-millennials change the world?

On Friday 25th May, ACS Doha International School hosted its High School graduation ceremony to celebrate the achievements of 32 graduates, who are ready to start their journey into the world. The ACS Doha class of 2018 have been accepted into some of the world’s most prestigious universities, and will soon take up places in the UK, USA, Canada, and Egypt, as well as to Education City universities and Qatar University. In his speech at this year’s graduation ceremony, High School Principal, Trevor Furness, spoke about the potential of the post-millennial generation to change the world. Read his speech below.

It is with pure intentions that I direct my address at our leavers, with the hope that the message has broad context and relevance for the rest of us.

A high school graduation is an auspicious occasion for young men and women and those who have been integral to their journey. Being involved in university applications, our senior cohort has not had time to reminisce about their journey through Lower, Middle and High School. Inevitably, they have been excited by the anticipated transition to tertiary education and the expectation of independence, collegiality, new visions and vistas and dare I say, a little learning. Graduation provides a salutary moment to reflect upon the last twelve years and then to think about what lies ahead for you.

Our graduates are moving into a world far more complex, challenging and demanding than any preceding generation. Are our Post-Millennials up to the daunting task? I am not alone in believing that they have the dispositions, skills and critical attributes to make significant changes to the world’s present trajectory.

According to Jeremy Rifkin (American economic and social theorist), three fundamental concepts have undergone profound change in the world views of the post millennial generation. These relate to freedom, power and community.

For my generation, freedom, by definition has meant being self-reliant, independent and autonomous. Self-sufficiency and separateness has been the very essence of liberty.  To the students before us, the meaning is vastly different. To them, the traditional interpretation means extinction of the spirit and unimaginable isolation. The post-millennials understand freedom as having access to networks of information, communities without borders and the right to collaborate in an open environment. They cannot perceive a future without total integration of multiple systems. 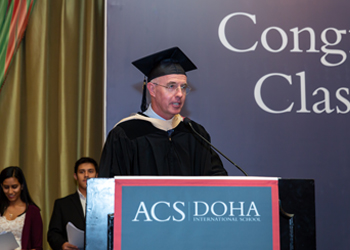 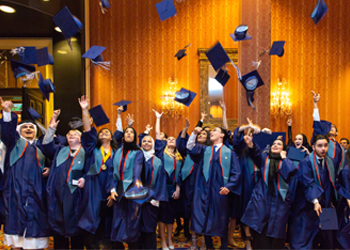 By tradition, power has always had a hierarchical or top down quality. Its acquisition has lead to control and if not used judiciously, corruption. The post-millennials have a contrary point of view. They interpret power as being lateral, shared by all and invested in a growing nexus of data, expertise and innovation. Everyone benefits from its iterations and there can be no hoarding and misuse.

For centuries communities have viewed themselves as nation states, sovereign entities that vie with one another for scarce resources. Those that manage to secure control, hold vast power, while those less fortunate, are marginalised. Our aspirant new, networked generation has contempt for borders and nationalist impediments. They are global citizens and thrive on open systems, interdependence and connected communities. They discern global problems rather than national issues. The world for them is not a group of disparate states but a shared planet, a huge biome where our responsibility is not limited to humanity, but all life on Earth.

Our graduates have the immense potential to overhaul our world by restoring balance and coherence. They will act in unison, will utilize all resources equitably, be part of a global citizenry that will develop global solutions. They will not leave light fingerprints on the world when they are done. Their impressions will be long lasting and transformative. Tonight, we are proud and privileged to witness the genesis of a brighter future. 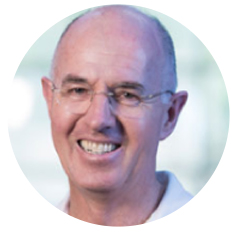 About the author: Trevor Furness is a founding member of ACS Doha and has served as an English teacher, Middle Years Programme Coordinator, and Middle & High School Assistant Principal. In 2017 he became Middle & High School Principal, committed to further developing and nurturing the ACS values, ethos and programmes, while enhancing the school’s status as an outstanding International Baccalaureate World School.

When applying for universities, the UCAS personal statement is an opportunity for students to highlight to university admission officers their key skills and abilities, as well as their personality traits.

IB or A Levels: which will get you further?

The IB Diploma and A Levels have spent decades trying to convince UK students that they each offer the best preparation for success at university.

Looking forward to university: a gateway to the world

With university admissions officers increasingly looking out for students with a particular set of skills, Fergus Rose, Advancement Director at ACS International Schools, delves into the argument that the IB Diploma better prepares students for university and the world beyond.

How classrooms are changing for the next generation of students

The BBC recently conducted some research exploring ‘Grand Challenges’ facing humanity. It explored the growth in Artificial Intelligence (AI) and the use of robots.