Our athletes compete against local and other international schools across Europe, with recent fixtures taking them to Paris, Brussels, Frankfurt, Vienna, and Athens. This is a privilege the students embrace completely, using their sporting prowess to also further their internationalism.

Home of the Hawks

Our dedicated team of full-time coaches have 11 acres of excellent facilities to play in, including a full-size, multi-functional gym, all-weather tennis courts and sports fields. We also own soccer pitches, rugby fields, softball and baseball diamonds a short ride from campus, and have access to a swimming pool and athletics track in the area. Sport is very much at the heart of ACS Hillingdon and we encourage all students to participate no matter what their skillset or preferred sport with very high participation levels across the school. Late buses ensure that students can stay after school and join clubs or attend team practices and get home safely.

The International Schools Athletic Association (ISAA) is a sporting community made up of like minded international schools striving to celebrate diversity and build bridges through sporting competition.

Their vision is to foster enduring relationships between individual athletes and wider school communities whilst promoting intercultural understanding and mutual respect through the International Language of Sport.

We are delighted to be a ISAA member school.

LSSA The London School Sports Association (LSSA) is made up of six International Schools in London. Member schools include ACS Hillingdon, ACS Egham, ACS Cobham, Marymount International School, TASIS and the American School of London - with our Middle and High school teams competing in weekly fixtures against other member schools.

The ACS Hillingdon Athletics Department offers 11 sports over three seasons across the Middle and High schools which are all also offered by other member LSSA schools. At the end of each junior varsity season, tournaments are held at various member school sites, where teams compete for an LSSA championship.

Middle school teams will participate in an end of season festival in which placings will not be scored and all teams will play 3-4 games over the course of the day. Four annual meetings are held amongst the LSSA school athletic directors to plan accordingly for the school year and seasons ahead. Member schools athletics programmes have similar athletics philosophies which are student centred.

The LSSA follows rules and guidelines outlined in the league handbook, which is updated from season to season, and year to year based on the necessity for change and by feedback from those within our athletics programmes. 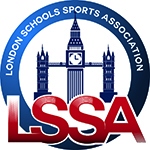 We offer 11 acres of excellent facilities to play in, including a full-size, multi-functional gym, all-weather tennis courts and sports fields.

At ACS Hillingdon, with over 40 clubs and 60 sports teams, there are no shortage of opportunities to get involved. We are lucky to have 14 acres of sports fields so close to London; something our parents and students really appreciate.

Our After School Activities Programme provides children from grade one and up with additional times to socialise, learn new skills, and have fun with their peers.